Tamara Walcott Breaks Down the Stigma of Women in Powerlifting 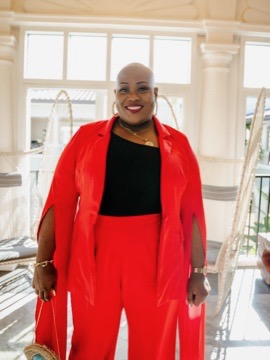 Tamara Walcott’s discovery of powerlifting marked the beginning of the rediscovery of herself. “I would say that I got into powerlifting after almost ballooning up to 415 pounds; I lost sense of who I was, I lost sense of myself,” she recalls. “I used to play sports all through school, so I pretty much could not go back to ‘regular’ team sports. I had to do something that fit my schedule and going to a 24 hour gym worked for me. So I walked into a gym and pretty much started dumbbell training. I moved to a new city in Columbia, Maryland and that’s when I walked into a gym that had powerlifters. At that time, I did not know what it was. They were squatting, benching, and deadlifting. They were being loud, but they were strong. One thing that I felt was that I needed to regain my strength and a sense of who I was and so I attempted to squat. The first time, I put about 225 pounds on my back and it felt liberating. I definitely think I found myself and it helped me regain control of who I was.”

Her introduction to the sport initially came with a sense of isolation that often comes with being a woman in a male dominated space. “I think women are underrepresented in a lot of sports, especially in strength sports, because men look at us as delicate, as fragile. They look at us like we shouldn’t be loud or we don’t fit in, but we do. We are able to do things that men can do. So I would say we are underrepresented because at first it just doesn’t seem like you fit in. My first couple months walking into the powerlifting gym, at least 90% of the time I was the only girl in there. That’s not easy to walk into, especially in a sport where the men around you are so much stronger and it seems like what you’re doing isn’t adding up to them. Eventually, I started to out lift a lot of people around me that were guys. Once I stuck to it, and stuck to my guns, and just told myself that I belonged, I was able to kind of stay there.” Tamara launched her “My Strength is My Sexy” tour in an effort to embolden women to achieve their dreams. “I’m continuing my tour, which started earlier this year. I’m going to be going to Charlotte, NC at the end of this month and going to Houston, TX in November and I‘m going to Florida (either Miami or Orlando) for my birthday bash. On my ‘My Strength is My Sexy’ tour this round, one of the cities will be a lifting party and the other two will feature me leading as a motivational speaker, talking to people about facing their fears and doing what they want to do to continue to be their authentic selves and become the next best level of who they are every day by doing one thing daily to get them one step closer to their goals. So, I’m going to be telling my story and hopefully inspiring others along the process.”

She hopes to remove the negative stereotypes surrounding women and powerlifting. “Before my tour, I started something called ‘Women in Powerlifting,’ which was a forum. The tour is the next step of meeting people face to face versus an online forum. That continues to show them that you can do what you put your mind to and that we do belong and we are here. More women are showing up online and in person, so we’re not alone. That’s the driving force of my tour.” With the help of Project Rock, a whole new generation is being inspired to succeed. “I’m the plus-sized ambassador for the Project Rock brand with Under Armour for Dwayne Johnson. I am so proud to be a part of it, because one thing it shows is that all bodies are good bodies and the inclusivity of it, just bringing me in as the plus sized face has been just a dream. For someone to relate just because they look like me, it’s just been incredible. I have little girls as young as 11 and 13 and boys as well just say ‘Thank you for being a representation for someone who looks like me and for showing that I don’t have to look a certain way to be an athlete.’”

Tamara also wants to let other single moms know that they deserve to thrive and grow. “We are strong. I know doing something for us is not easy because we feel like doing something for us is taking from our kids. I think that’s one of the biggest things that I dealt with in the beginning when I started lifting, I felt that mom guilt. I would tell moms to put mom guilt to the side. You are doing this for you ,which ultimately will turn into you being the best you for your kids. One of the things that I have done that has been so beneficial to my kids is living to be my next best self, because I am now showing them better than I could tell them that their aspirations are definitely possible.” Anyone can do anything they set their mind to, a lesson that she wanted to instill in youth back home. “I just took a trip back to the U.S. Virgin Islands, where I was able to talk to the high school students at the school that I graduated from on the island. That was a big moment for me because I looked into their eyes not just as the mom that I am now, but l also looked into their eyes as if I was looking into myself. At 15 or 16, I wanted and I dreamed really big but being on a small island, everything almost seemed out of reach because nothing really happened. For example, I wouldn’t see people that looked like me or were from my island that were working for DC Comics or on the big screen or for Oprah, so for me to be on Ellen, and to be working with Project Rock, and be one of them, to be an Ulta Beauty girl and be one of them, I just wanted to pour back into them and know that If I can, they will. That was one of the biggest things for me when I went back home.” The difference between a dream and reality is determination. 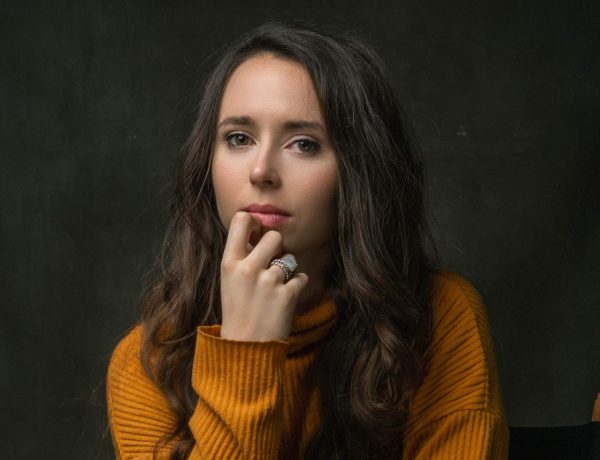 Best Ways to Unwind and Reset Over Weekends