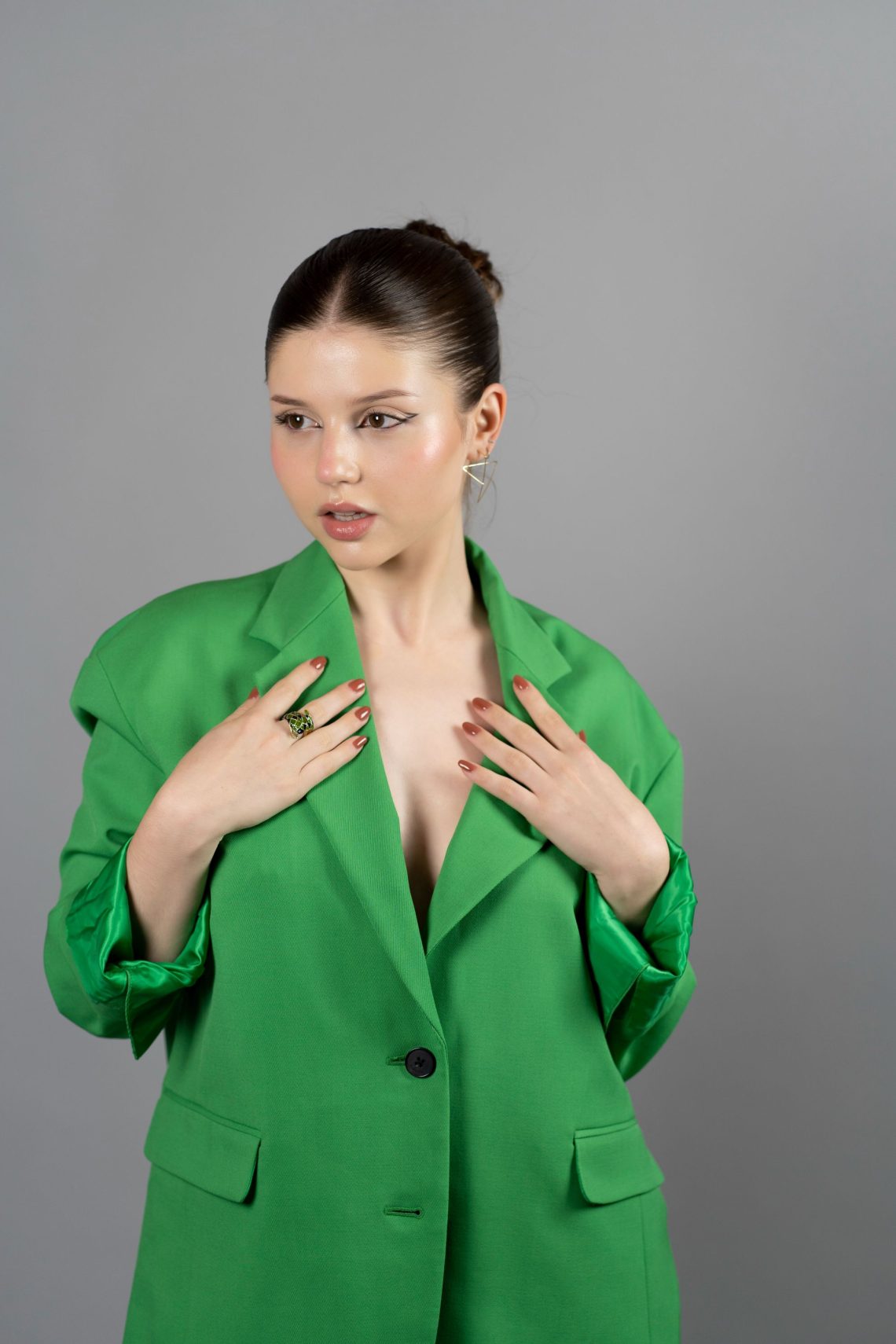 Samantha Blaire Cutler‘s inner Gleek was surely screaming when she discovered she would be working with Ryan Murphy on The Watcher. “I was very excited and a bit nervous about working with Mr. Murphy because I really admire his work,” she says. “As a kid (and one who was very into musical theater), I tuned into Glee almost every week, and once I got a bit older, I fell in love with American Horror Story, especially Coven and Hotel. Getting to work with him and the incredible crew and cast on his set taught me a lot, especially about the exciting and dynamic cinematography for which his shows are known.” Samantha plays Pat on the spine chilling new series, which drew inspiration from real life events. “Loosely based on a true story that was published in The Cut, The Watcher explores a family moving into their ideal new home, only to find letters from an anonymous source detailing their obsession over the family’s house.” Pat loves pushing boundaries and flaunts confidence in spades. “I had the great privilege of playing Patricia ‘Pat’ Graff of the deranged Graff family who lived in the aforementioned house. Pat loves her wispy bangs with butterfly clips, combat boots, and doing almost anything that will get a rise out of her father John. Typical of a teenage girl, she thinks she knows everything, her parents know nothing, and the secrets they all keep from each other could bring about the detriment of her whole family.” 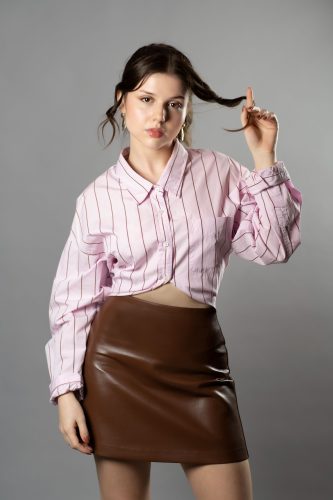 Deep down, much of Pat’s self-esteem has been eroded away by fatherly favoritism. “Pat doesn’t come from the most stable of families. With her very religious grandmother and parents constantly at odds with one another, she tries her best to stay as far away from the chaos as possible. She sees her father’s adoration for her younger brother, whereas she is treated with hostility and strictness. Although it is presented under the guise of protectiveness, Pat sees right through the unequal treatment of herself versus her brother.” His rejection leads her to seek validation in all of the wrong places. “There’s a lot of turmoil in the Graff family and not a lot of loving attention sent Pat’s way, which makes her seek that somewhere else. Most of the familial issues are kept from Pat and her brother, without much consideration for how they feel or what they want; their father’s word is the rule. So this relationship with an older man definitely makes her feel powerful and like she has agency or control of her own life. It provides her with the attention she lacks at home.” These clandestine encounters with older men not only put Pat at risk, but potentially her entire family. “Each member of the Graff family has secrets they are keeping from the others and Pat is no exception. As a teenage girl, she obviously doesn’t want her family to find out about the older man she is talking to, but she also doesn’t understand the ramifications of such an inappropriate relationship. To her, it’s fun and flirtatious, but that’s definitely not how everyone sees it.”

Samantha is also eager to reprise her role as Becca Weston in Ghost: Power Book II. “I am thrilled to be back for season three! I actually auditioned for season one right before the pandemic and was on set when everything shut down, so to be getting ready for season three to come out feels surreal. I am so grateful to Courtney Kemp and our new showrunner Brett Mahoney for having me back this season. In previous seasons, a lot of Becca’s interaction was with her family, whereas this season, we get to see more of her journey with young adulthood and independence. She’s figuring out who she is outside of her family’s name and making connections with people outside of her privileged upbringing. I’m really excited for people to get to see more of Becca and all the hard work each cast and crew member contributed to creating this season.” Becca is determined to fight for her own independent identity. “There are a lot of preconceptions that come with the Weston name and I think Becca’s at that age where she’s questioning the privileged bubble she grew up in. While she definitely benefits from her family’s status and will defend them if anyone has something negative to say, she herself can’t stand their pretentious, socialite behavior. We see her brother Brayden, played by Gianni Paolo, start to go through that journey in earlier seasons. There are certain expectations on the type of person you need to be as a Weston and both she and her siblings have been groomed in a certain way to meet them, without much care for what they want in life. It’s important that Becca proves not only to her family, but also to herself that she can make a life of her own outside the family name.”

As an actor, Samantha has become particularly adept at walking in someone else’s shoes. “All the characters I’ve played have definitely strengthened my empathy. In order to portray any character, you have to understand their specific circumstances and not place your own judgment on them. They’ve also revealed that no matter the image one presents to the world, we all have our own problems and struggles that affect us.” The universality of trials and tribulations connects us all as one. The Watcher will premiere this fall. 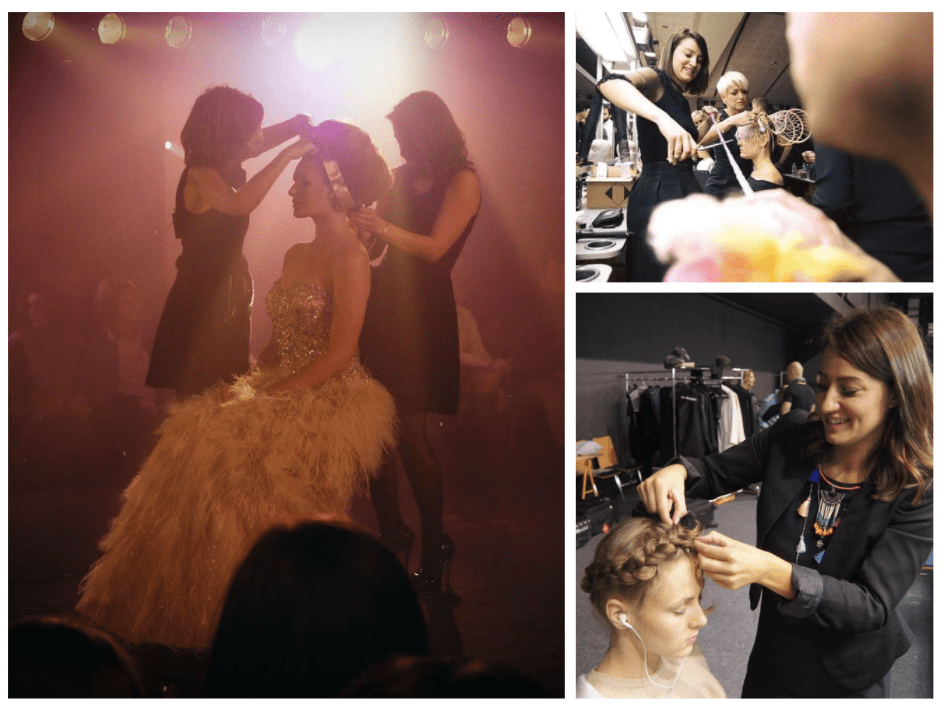