Jordan Rondel Mixes Glamour and Style into the Cake World 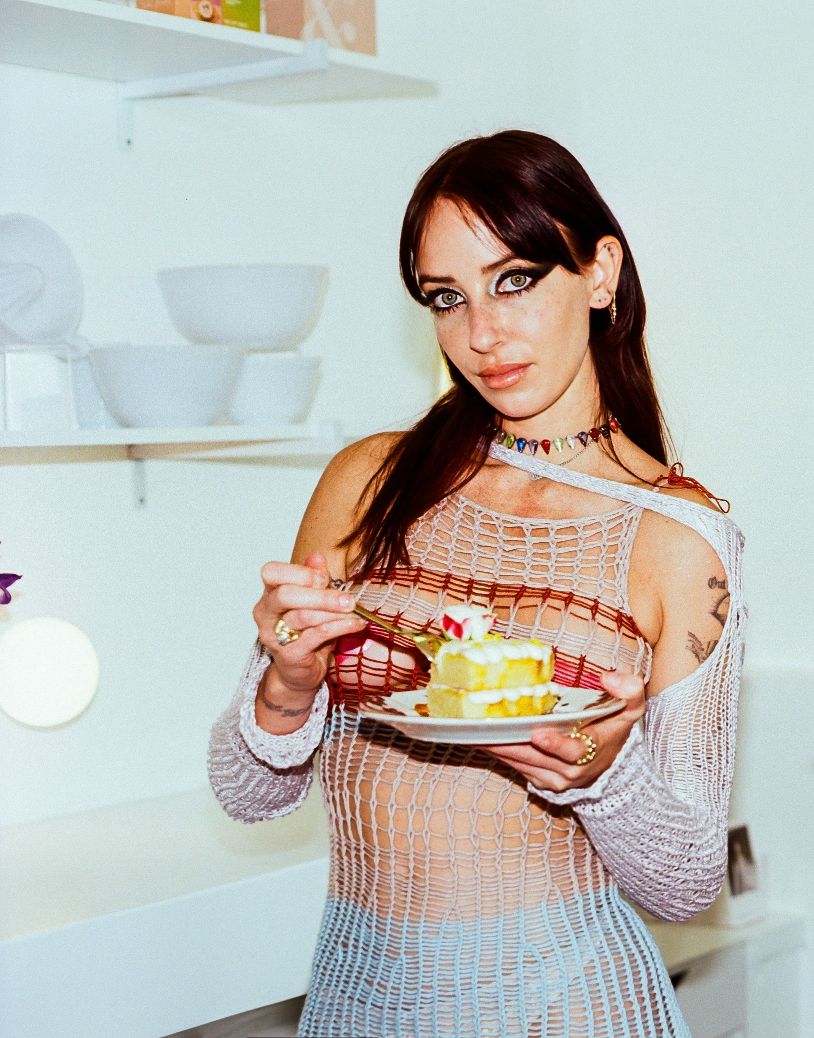 Thanks to her grandparents, Jordan Rondel (aka The Caker) grew up with all the right ingredients to launch a successful baking career. “My dad is French and his parents have always stayed in France. My sister Anouk and I would go over there for school holidays as we grew up. Some of my earliest memories are being in the kitchen with them at four or five years old and that very visceral memory of smelling the smells and seeing how it all comes together,” she recalls with a nostalgic smile. “And then you serve it and then you bring joy to people. I think I just fell in love with that whole process from a very young age. They would take us to the market to buy all the groceries for that day. They shop on the day of cooking. They go to the market every single day. I remember watching them choosing the exact right peach or strawberry – that they had to be a certain ripeness. So my love of ingredients also sprung from a very young age. I learned how to pick the right ingredients and how important the quality of those ingredients will be to the result of your final product.” She went on to apply their love of baking to the more scientific method of cake. “Being French, my grandparents are very pastry driven. Pastry is a bit more free form, whereas the reason I love cakes, which they don’t make at all, is because it’s so scientific and kind of nerdy.” 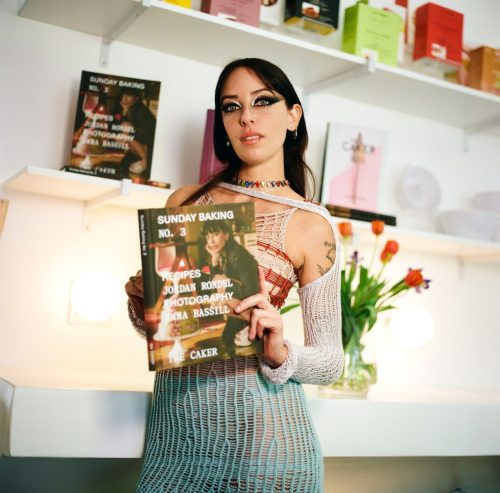 The Caker has a rich dozen years of history behind it, starting from humble beginnings. “Back in 2010 when I started the business in my home country of New Zealand, there were two places you could get a birthday cake from and it was a very generic chocolate cake, lemon cake, maybe a red velvet. And you’d better order them because you need a cake for a birthday or for a wedding or whatever. I was pretty bored of it. Nothing excited me about these cakes. My cakes were sprung from my passion of developing my own recipes because I’d practiced my whole life. I was just in the kitchen every day growing up. I started a little blog where I would publish these recipes that I’d created along with some photos. It was just an outlet to me.” Jordan’s innovative ideas soon had people talking. “ It quite quickly became a vehicle for selling cakes because there was a real demand and a real need at the time for this different style of homemade cake. I started to take orders. I just started out as a subscription service. I would deliver cakes each week to people’s houses for six weeks. And they didn’t get to choose – it was just whatever I was making that week, but that also quite quickly changed because I realized that people had their own requests. They really wanted a menu to choose from. That’s when I developed a menu and then I realized, ‘Okay, this is the thing. I have to quit my job.’”

An ambitious and delicious path appeared before her, along with an unexpected partner. “After I finished college, I found a lease on a commercial kitchen and started really doing it properly. About five years in, my sister Anouk joined me. She was a lawyer and she had had enough at the law firm and came to work with The Caker. From there, everything changed because all of a sudden I had this really pragmatic, systematic brain to work with. I’m a creative, ‘we can do anything’ person, but she reined me in. We put in processes and systems and then we moved premises. We tripled in staff, tripled in the size of the location and then also tripled in revenue, and we kept doing that for the next few years,” she says. During this time, Jordan embraced becoming the face of the brand. Once she and Anouk combined forces, anything was possible. “I decided to really set our sights on expanding internationally because we realized that we could only service such a small arena with these fresh cakes. You can’t ship a fresh cake to Australia or anywhere else. So that’s when we started developing our line of luxury cake mixes, which are basically boxed cake mixes that are based on the same recipe that I had developed at the bakery, using the same ingredients. We then decided to expand even further and set our sights on the US, which is where we’re now as of three years ago.” The stylish confections even caught the eye of Chrissy Teigen, who offered to do a collaboration with Jordan. “She’s very proactive. She’s not all talk, you know, she does shit. We began working on a collaboration cake mix, which was a bit of a process in itself, but when we finally got to meet Chrissy and John in person for the shoot, they were just the loveliest, most down to earth, kind people. It’s been a nice partnership.” Given the heavy business crater caused by the pandemic, the opportunity couldn’t have come at a better time. “We moved here right before Covid hit everything and so a big pause was pushed on the business growth. Something like this was really, really valued and she went out of her way to do a whole series of stories with her and her family making the mix. And I just thought that was really sweet. That wasn’t even part of the agreement and she went over and beyond to make this a thing.

You can always count on Jordan to infuse her cakes with signature glam.”I personally, as a human being, am obsessed with fashion and beauty. I think it would be untrue to my brand if I didn’t kind of infiltrate with those other sectors. I guess all I do is be myself. That’s what makes a brand strong is when the founder just is completely themselves because people want a genuine leader.” Her audience needs to know that the brand is on the rise thanks to the leavening of her own personal passion. “I try as much as I can to be honest in my storytelling and my posts. It’s really important to me that people see The Caker as a cake brand led by someone who’s obsessed with cake. We’re not just some brand led by 50 people running this thing on the inside. There’s been a conscious effort to do that.” Authenticity really is the key to sweet success. There are also many treats in store for the upcoming season! “Our audience can expect a really special release coming up, which is to do with olive oil, which I’m really excited about. Olive oil is my favorite food group,” she laughs. “We’re gearing up for Christmas. There are going to be some cool flavors for the holidays. And there is a beauty line on the horizon actually, that’s just as much as I’ll say about that.” The baker and beauty – a match made in heaven!

Everything You Need to Know About Dental Implants

Christine Chang Hustles to Plan a Wedding in “The Wedding Hustler”